Om Puri..The other side of 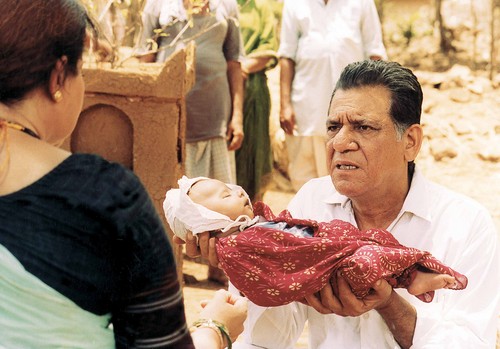 Whether it’s the role of a tough cop or playing a terrorist, versatile Om Puri has got accolades in almost all characters he has played. Om Puri will be now seen playing the role of a hangman in “The Hangman” and a fundamentalist Muslim in “Road to Sangam”. Both the films are set to release on 29th Jan.

Despite a major back operation during the shooting of “The Hangman”, Om Puri was regular with his shooting schedule and kept up with his dates. Even though it was quite a painful period for him, the promo of “The Hangman” seems promising and brandishes Om Puri’s hard work.

The story of “The Hangman” is based on Shiva the hangman (Om Puri) who’s competent in his profession. Following in the footsteps of his ancestors, his family has been following this trade for generations. Shiva is conflicted, however, by the nature of his job and hopes that his son Ganesh (Shreyas Talpade) will have a better life in a different profession.