Naxals are Not Terrorists – Sunil Shetty 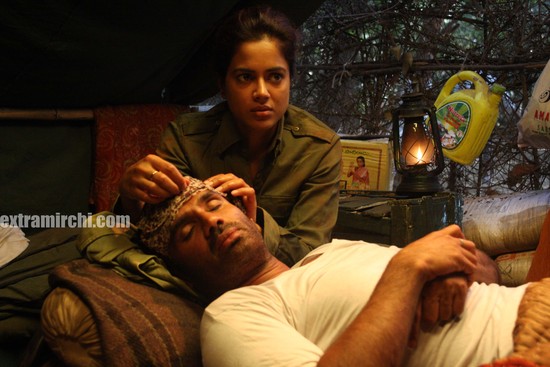 Bollywood hunk Suniel Shetty has been best remembered for his muscles and action roles. Now, one will see a different side to his acting prowes in Anant Mahadevan’s Red Alert – The War Within, which is a realistic depiction of naxalism. If one needs proof of his scintillating performance, well, the actor has won the Best Actor Award at the international film fest, the South Asian International Film Festival (SAIFF). Obviously, the actor is elated and proud of the fact that his hard work has paid off but the award has also made him conscious of roles he would be choosing and portraying in future.

Talking of hard work in the project, Suniel admits to turning himself inside out for the role. The guy who has played a fearless hero in all his films, in Red Alert he had to play a helpless and hapless farmer, who is lost and unkempt. He changed his body language completely. The macho man Suniel is quite comfortable with giving ‘shots’ with guns but in Red Alert, he plays a farmer who holds the gun for the first time. So, director Mahadevan had him refer to the naive Dith Pran character in Roland Jaffe’s Killing Fields. 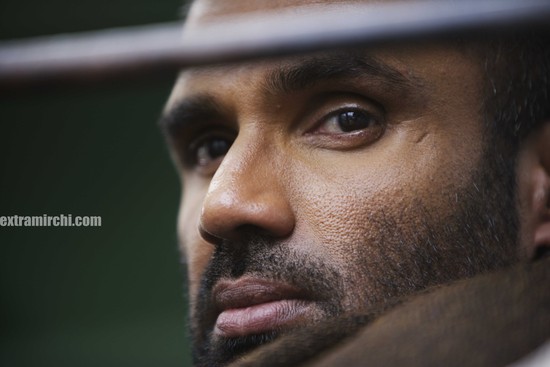 Suniel has not prepared for his role blindly. He is quite aware of the problem of naxalism. Ask him about his take on it and he admits that the problem is not plain black and white. It’s more complex than one can imagine, according to him. He opines that naxals are often helpless people who have been exploited and their mineral ores seized and their existence threatened. One cannot just eliminate or deal with them harshly because they are our own people and not terrorists. Suniel also says that it is quite disheartening that the naxal violence has taken such shocking proportions. The actor is also aware of the fact that violence can only result in violence and the Red Belt is bleeding with violence now. The more we try to get out of this complicated situation, the more we get knotted up.

Well, now one can witness the portrayal that Suniel is so passionate about when the film releases on the 9th of July, at theatres near you.

Next post: Aishwarya & Abhishek leave for Raavan Premiere in London