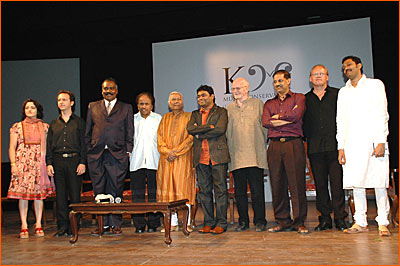 Maestro A.R.Rahman has formally launched the KM Music Conservatory on March 12 2008 in Chennai.

The music school which is currently situated in his studio will now shift to a 3 acre campus with a concert hall, recording studio, state-of-the-art classrooms and accommodation for students which will be full-fledged in two years time. 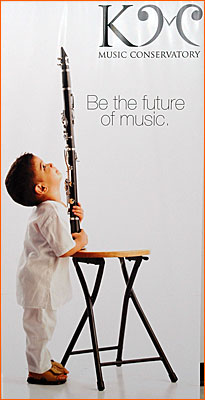 The KM Conservatory will concentrate on both Indian and western instrumental and vocal music technology in collaboration with Audio Media Education, an Apple authorised training centre.

Rahman says he welcomes all those musicians who want to teach at the Conservatory.

At the launch Rahman said

There are tens of thousands of musicians in India but there is no symphony orchestra with our very own musicians while even smaller countries have their own orchestra. So, the reason to start the KM Conservatory is simple. Most of the young aspiring musicians want to learn more of electronic stuff.