Katrina Kaif is going ga ga over Kareena and their bond. Recently giving an interview to a news channel Kat was excited to talk about her friend. Not many people know that both the vivacious actress shares the same manager too. 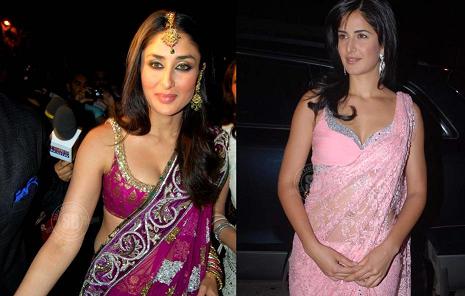 She is very nice girl and I like her as well as her work. We even shares one manager and I am a big fan of her

There had been news in the industry about their cold war but with this statement of Kat, she is putting it all the rumours at rest. Kareena Kapoor was the unchallenged queen of B-Town at as far as her price was concerned. But Katrina Kaif started competing with her at every turn: with the price, the number of film, as well as endorsements.

“Whenever we meet each other she talks with me very nicely and I too love her company. I really do admire her as one of the great actress in the industry,”

she states in the interview to the entertainment channel.

Looking at this statement it seems the cold war between the two actresses has ended. All’s well that end’s well is what we can say in this case.