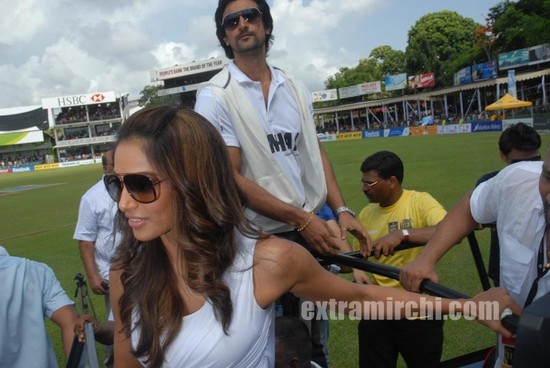 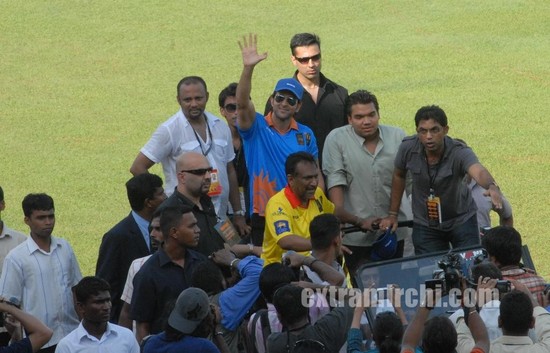 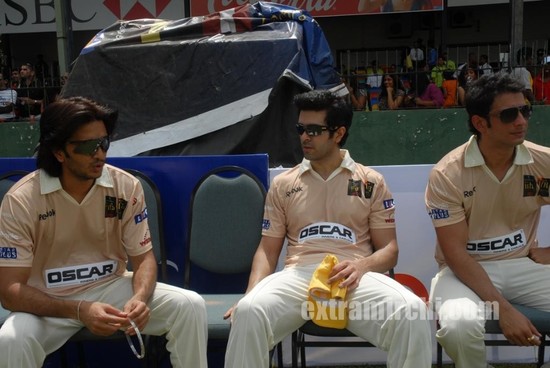 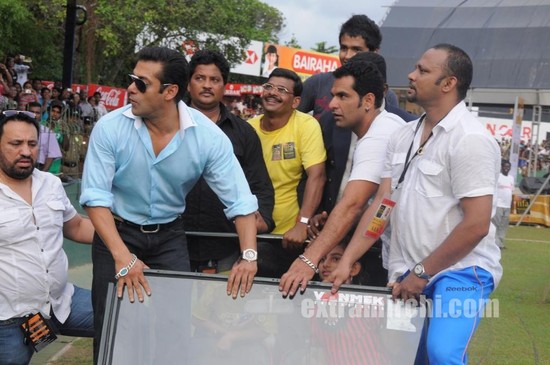 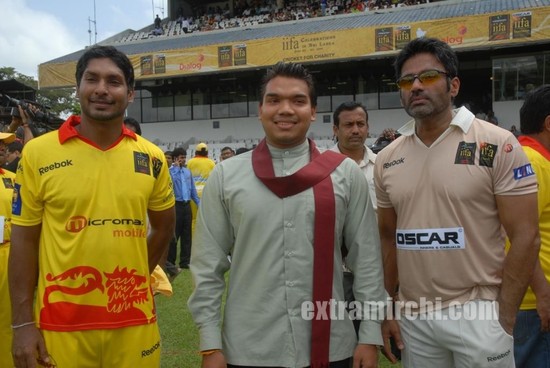 Sangakara’s XI consisting of players including, Muthiah Murlidharan, Sanath Jayasuriya, Aravinda de Silva, and Upul Chandana among others. On defeating Suniel XI first with a score of over 141 runs, Sangakkara XI came out victorious. Suniel‘s team, apart from himself, included Sonu Sood, Apoorva Lakhia, Sharman Joshi, Mahesh Manjrekar, and Harman Baweja, among others.

The captain of the third IIFA team, Hrithik Roshan with a team including stars like Jackie Bhagnani, Arjan Bajwa, Dino Morea and Vatsal Seth among others also lost to Sangakara’s XI, naming them the winners of the Oscar IIFA Challenge Foundation cup. The Videocon Man of the Match (Celebrity) was named Suniel Shetty and the Micromax Man of the Match (Cricketer) was Kumar Sangakkara. The Panasonic Best Catch went to Upul Chandana and Sonu Sood was announced as the Western Union Most Reliable Player.

The celebrities said that there were no losers since the proceeds went to charity. Reebok contributed Rs 5 Lakhs and Coke contributed 2.5 Lakhs towards IIFA’s charity project, IIFA Hands for Humanity, done in conjunction with Habitat for Humanity. The end of the event also saw a surprise in the guise of actor Salman Khan, who came just before the end of the match and took a round of the field to give his fans, a dose of the Salman mania. Celebrities including, Anupam Kher, Bipasha Basu, Aftab Shivdasani, Boman Irani, and Dia Mirza were also present at the Charity match.

IIFA 2010 hosted the IIFA Foundation Celebrity Cricket Match, in support with UNICEF’s ‘Cricket for Children’ project, to be played between India’s top cinema stars and Sri Lankan cricketers. Mandira Bedi, Chunky Pandey and Javed Jaffrey hosted the match. As a symbol of solidarity with the Sri Lankan people, IIFA in partnership with Habitat for Humanity and the Sri Lanka Tourism Promotion Bureau, will adopt and rebuild a village for refugees. The proceeds from the charity cricket match will be donated to this ‘IIFA Hands for Humanity’ project. The Literacy Partner for IIFA 2010, Linc Pens in association with IIFA is devoted to the cause of literacy and will be donating stationery to the IIFA model village in Sri Lanka. The IIFA Foundation Cricket Match is brought to you by Dialog Telecom.