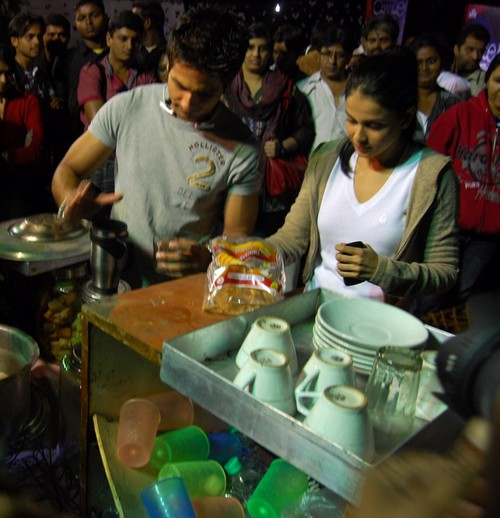 Shahid-Genelia will spend night together in a car

They’re doing what no one has done before, and are doing it with a style never witnessed! Shahid and Genelia, the lead pair of UTV Motion Pictures upcoming film Chance Pe Dance have decided to up the ante for their contemporaries by promoting their film in a never-heard-of-this-before way.

Genelia and Shahid will be living out of their car for the whole night and will interact with the media through most of the night and early morning. But this is going to be an interaction like never before the usual hurried 10 minute bytes will be replaced by easy flowing conversation inside a not- so- easy- to- live- in car, minus deadlines, maybe on the bonnet or dickey of the car, with vada pavs and cutting chai for dinner and one can wake up to bun maska in the morning with these two.

Next post: Pooja Bedi at Art Exhibition with Cancer Patients