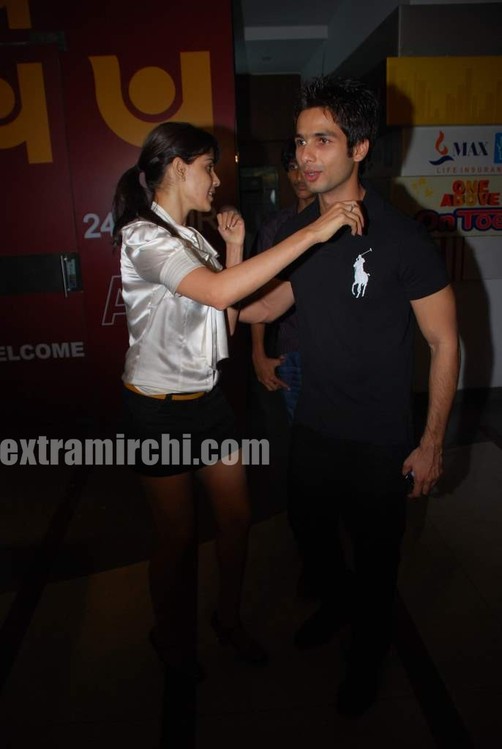 Check out the photos of Genelia and Amrita Rao at the party.