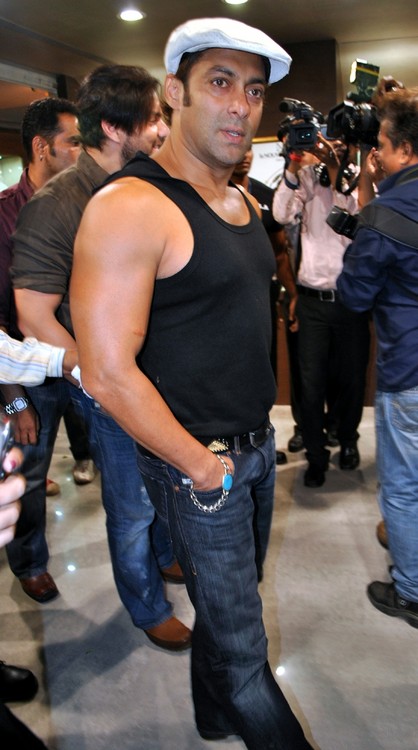 Salman Khan, who is known for his bad temper, recently showed how coolly he could handle situations. When a rich builder’s daughter, Monika, tried to gatecrash his private party in Delhi and slapped Salman, his maintained a calm appearance and got the town talking.

A private party was held at a five-star hotel in Delhi after Sanjana Jon’s fashion show. Those present at the party were Sushmita Sen, her brother Rajiv Sen, Salman and his brother Sohail, Raima and Riya Sen, Shibani Kashyap, boxer Vijender Singh, Amaan and Ayaan Ali Khan among others. The party was on until early in the morning when suddenly, Monika, a builder’s daughter arrived there in a drunken state with a male friend. She argued with the security to let her in. Sohail, who was near the entrance and saw the commotion, asked the security to not allow her inside.

Monika then started to talk about the connections she had and abused Sushmita Sen. Salman came out and asked her to go away very politely. But instead of listening to him, she slapped him. Everyone was shocked to see that despite what had just happened; Salman was still pretty calm about it all and went back inside with Sohail. The security took the girl away.

Monika’s friend has refused to speak on this issue at present as he states that he is busy with a friend’s wedding and will talk only after 15 days.