Possibly, he could be one of the favorite cinematographers in the current lot of cinematographers out there in the tinsel town. Be it superstar Khans of Bollywood or ace filmmaker Manirathnam or the, everyone loves to work with him. So, it didn’t come as a surprise when Shahrukh Khan and Karan Johar recently launched his official website www.ravikchandran.com. 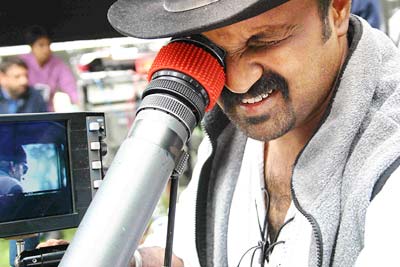 Ravi K Chandran, who redefined colors through his lens, has become the top-charting cinematographer of Indian film industry. His versatility over canning shots with innovative placements and rich colors with right intensities have been gaining him more appreciations even across far-flung corners of the globe.

Ravi K Chandran made his debut in Bollywood with Anil Kapoor starrer Virasaat and continued making high waves with his splendiferous camera works. He has been a part of more Bollywood projects including Aamir Khan’s Ghajini, Fanna and Shahrukh’s Rab Ne Bana Di Jodi and yet to release My Name is Khan.