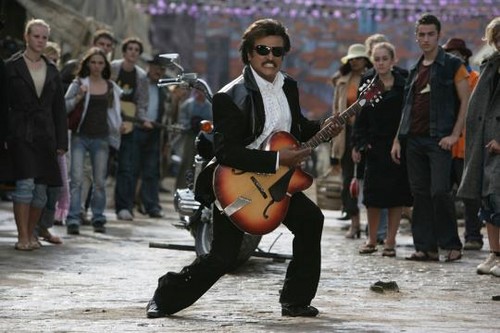 Rajinikanth born as Sivaji Rao Gaekwad on December 12, 1950 in Bangalore — the “emperor” of the Indian cinema is celebrating his 57th Birthday today. He decided to have a quiet birthday as usual.

He began life as a bus conductor, but today Rajnikanth is known as the “emperor” of the Indian Cinema and one of the most influential actors in the Indian film industry. He’s India’s highest-paid actor and his latest showcase, Sivaji (The Boss), is the most expensive film ever made in Bollywood. He was reportedly paid Rs.30 crores (Rs 300 million) for his latest blockbuster Sivaji.

Rajnikanth, who has a huge fan following across south India, was introduced to the silver screen by veteran director K Balachander in 1975 through “Apoorva Raagangal“, in which he played the role of a cancer patient.

US-based BusinessWeek featured Rajanikanth as one of the India’s 50 Most Powerful People.

Previous post: Vote for “NDTV Indian of The Year”