Birthday Wishes To Rajnikanth – The Emperor Of Indian Cinema

Began life as a bus conductor — Rajnikanth (Sivaji Rao Gaekwad) the emperor of the Indian Cinema is celebrating his 58th Birthday today. 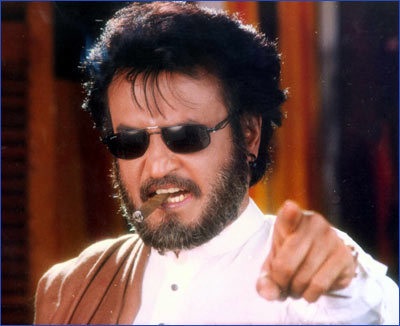 Rajinikanth’s mass popularity and appeal is largely drawn from his stylized delivery of dialogue. He received India’s third highest honour, the Padma Bhushan, for his contribution to Indian cinema.

Rajinikanth debuted as an actor in 1975 under the direction of K. Balachander. According to unconfirmed reports, He was reportedly paid Rs.26 crores (about $6.25 million USD) for his latest blockbuster Sivaji: The Boss, making him the highest paid actor in Asia after Jackie Chan.

Rajinikanth is working with the Sivaji team of S. Shankar and A. R. Rahman, an supposed science fiction thriller tentatively entitled Endhiran.