Birthday Wishes To Amitabh Bachchan – The face of Bollywood

Amitabh Bachchan born as Amitabh Harivansh Srivastav on October 11, 1942 turned 66 today. He first gained popularity in the early 1970s and has since become one of the most prominent figures in the history of Indian cinema. 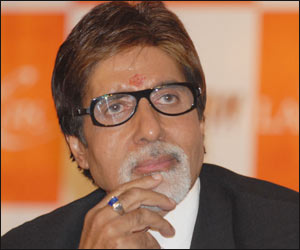 He was 15 when he came to Mumbai and like many others fell by the wayside of Bollywood’s dream factory. The face of Bollywood, the movie icon of millions world wide, Big B is doing better than ever.? Bachchan is known for his deep, baritone voice. His movie career from the 1970’s to the millennium has seen him growing from strength to strength.

Bachchan is married to actress Jaya Bhaduri on June 03, 1973. They have two children, Shweta Nanda and Abhishek Bachchan, who is also an actor and is married to internationally renowned actress Aishwarya Rai.

Birthday wishes to Amitabh Bachchan from our team and global readers.