Anuuj and Udita Goswami starrer action thriller Chase directed by Jag Mohan Mundhra has Tarina Patel as the parallel lead. Tarina Patel and Anuuj have a bath tub scene in a flashback song where both bond with one another. 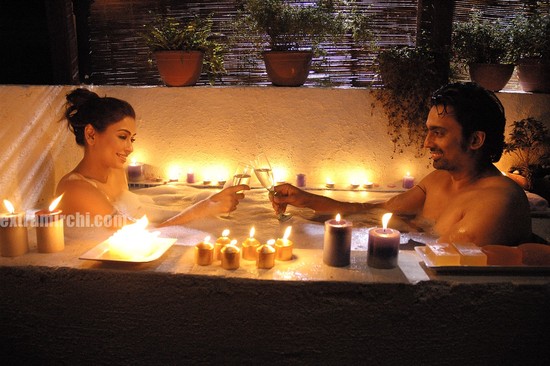 Initially there was a plan to make Udita have some intimate scenes with Anuuj in the Jungle sequence but that didn’t go with the storyline and her character.

Anuuj and Tarina were quite comfortable during the bath tub shot.

Tarina is best remembered for the ‘Sex On The Beach’ segment in Dus Kahaaniyan with Dino Morea.