Oscar Winning Hollywood actress Angelina Jolie has given birth to twins, a boy and a girl in France on Sunday. Jolie, 33, had the twins by caesarean section on Saturday evening at the Lenval hospital on the glamorous Promenade des Anglais waterfront drive in Nice. Actor Brad Pitt, the twins’ father, was at her side.

The girl has been named Vivienne Marcheline and the boy Knox Leon. Both babies weighed around 2.27 kg (5.0 lbs). Jolie is expected to stay in the hospital for a few more days and that she now needs rest. 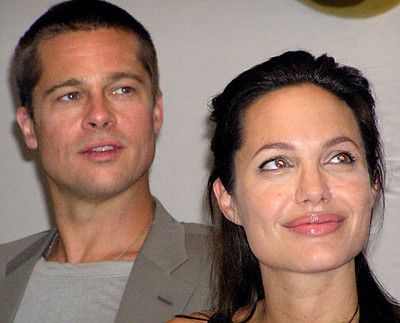 The twins are the fifth and sixth children for Hollywood’s royal couple Jolie, 33, and partner Brad Pitt, 44, who are already parents to Maddox, 6; Pax, 4; Zahara, 3; and Shiloh, 2.