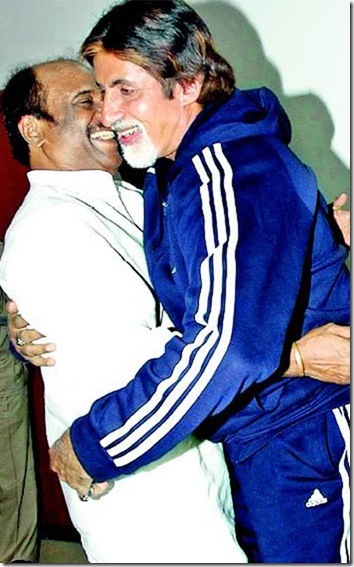 “Rishte mein toh hum tumhare baap lagte hai” – This line from the 1988 blockbuster ‘Shahenshah’ still echoes in the sentiments of 60.6% respondents of the ‘My Daddy Strongest’ Poll on Shaadi.com, who voted Amitabh Bachchan as Bollywood’s Most Admired Father. Rajnikant came in 1st among respondents across the South with 42% votes. The poll was conducted on the occasion of Father’s Day and received responses from over 85000 people who logged onto Shaadi.com in the month of June.

Shaadi.com’s Poll reveals that even today, veterans like Big B & Rajnikant are worshipped not just as the God’s of silver screen but also father figures in real life.

Commenting on this, Gourav Rakshit, Business Head, Shaadi.com says, “The poll reflects the mindset of today’s youth. Although times are changing, it’s nice to see that the qualities admired in an ideal father haven’t changed much over generations.”

Female respondents who took the ‘My Daddy Strongest’ Poll on Shaadi.com said that while choosing their life partner, they preferred someone who possessed the qualities that they saw in their father – primarily “more understanding”. Male respondents also indicated that they perceived being understanding as very important in a relationship. It remains to be seen whether they will actually be able to step into their father’s shoes.