The 2nd edition of the Green Globe Foundation Awards was presented at an exclusive ceremony today on the inaugural evening of the Delhi Sustainable Development Summit at the Taj Palace, New Delhi. 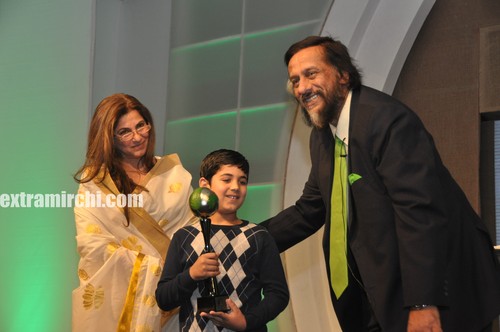 Aarav is noted for being the youngest person to have sponsored a village under the Light a Billion Lives campaign. Aarav picked up the Award, beaming in New Delhi today with grandmother and actor, Dimple Kapadia, in tow. [source ndtv]