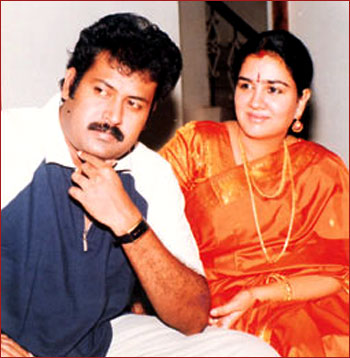 Both the stars entered wedlock in 2000, that they had started with a brief period of love affair.The two have a daughter named Thejalakshmi from their marriage. Right now, Manoj and his parents have the custody of his daughter Thejalakshmi.

Urvashi, made her debut with K Bhagyaraj’s Mundhanai Mudichu, is a popular actress in Tamil and Malayalam cinema and now has a stand-up comedy show in Tamil TV channels.

Next post: Chandrayaan-1 , All Set To Realize Indian’s Dream