Tabu In Blue – Point of attention at FilmFare Awards Ceremony

The actress, who looked divine in a blue saree, was caught off guard by Master of ceremonies Madhavan, who asked her to sing a song. The lady, who blushed, initially refused to comply with his request. However, she later obliged while presenting an award, much to the delight of the audience, which cheered her valiant effort. 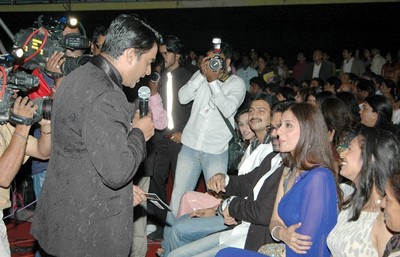