Nicole Kidman has given birth to a baby Girl , Sunday Rose Kidman Urban, Monday morning according to USMagazine. 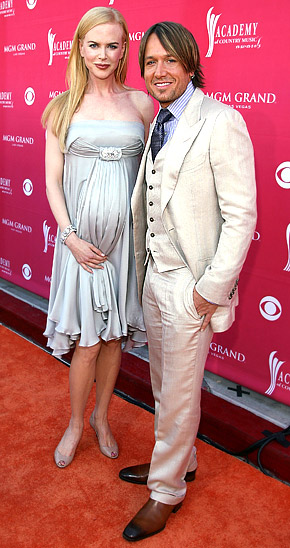 “Husband Keith was by Nicole’s side and mother and baby are very well,” the rep said.

Sunday Rose Kidman Urban is the first child for the couple and the third for Nicole Kidman. She has two adopted children — Connor(13) and Isabella(15) with first husband Tom Cruise.
via [usmagazine]