Simbu and Nayanthara together again ? 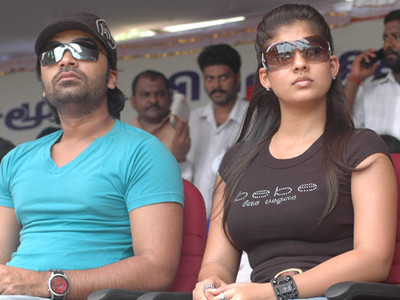 Simbu (a) Silambarasan and Nayan (a) Nayanthara were the attention for all the eyes at the hunger strike in Chennai – in support of the Hogenekkal drinking water project.

Silambarasan and Nayanthara who broke earlier were forced to sit next to each other at the hunger strike at Chepauk in Chennai.

Since there was not enough, actor Radha Ravi who was seated next to Nayanthara gave his seat to Simbu. Both always avoided together in any function after their broke up was caught in an embarrassing moment. Buzz is that they did not exchanged words except one or 2.

Private kissing images of Simbu and Nayantara locked in passion has shocked throught the film industry and elsewhere.

Next post: Hrithik Roshan to be waxed at Madame Tussauds!