Earlier Shilpa Shetty admited dating Raj Kundra, now she has revealed that she plans to marry her year-long boyfriend London born Indian millionaire entrepreneur Raj Kundra in another year and a half. Shilpa became as an international celeb following her success in the UK-based reality show Big Brother. 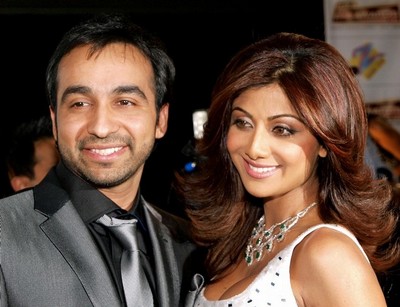 Raj’s former wife Kavita had accused Shilpa of breaking her marriage by having an affair with Raj. But the other version is that Shilpa came to know Raj four months after his wife had parted with him.

Asked to comment on her relationship and whether marriage is on the cards, Shilpa told The LondonNews,

I normally don’t talk about my personal life, but his name is Raj Kundra. We met a year ago. For the next 18 months, I’ve got my hands full with work, so I can’t really think of marriage yet but, after that, I definitely want it to culminate in marriage. And, of course, I’m dying to have a family – at least two children

Shilpa will be seen in a two-minute sequence in the 22nd James Bond movie Quantum Of Solace.

Next post: Superstar Rajini To Do Another Quick Movie ?

Previous post: Anne Hathaway says “Obama I want You to Be the President”