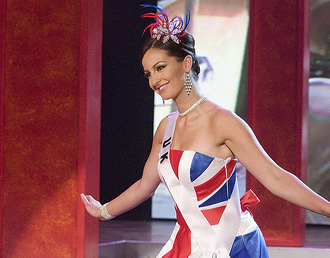 Lisa Lazarus, a Welsh model who has participated in several national and international beauty pageants in the past, was crowned Miss UK Universe 2008 Pageant in London.

Lisa Lazarus, student of Radiography at Hertfordshire University, has been modelling since the age of 14. Lisa arrived in Mumbai sometime last week and has already begun shooting for Veer.

Next post: Actress Sangeetha and singer Krish to Marry in Tirupati