Here is an exclusive look of Katrina kaif from Rajniti. The movie is directed by Parkash jha and Katrina kaif is playing a character inspired by Sonia gandhi. 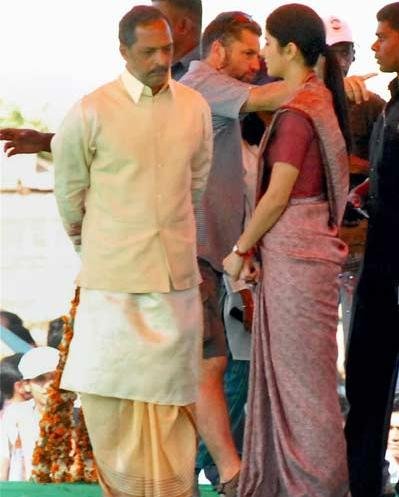 There have been reports that the movie was based on the life and career of Sonia Gandhi and that the character played by Katrina bears an uncanny resemblance to her.