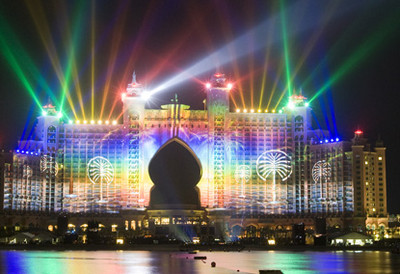 Priyanka Chopra has been named as the ‘Goddess of Atlantis’ at the function.

Atlantis, The Palm, is the flagship resort of Palm Jumeirah, one of the three palm-shaped artificial islands off the coast of Dubai.