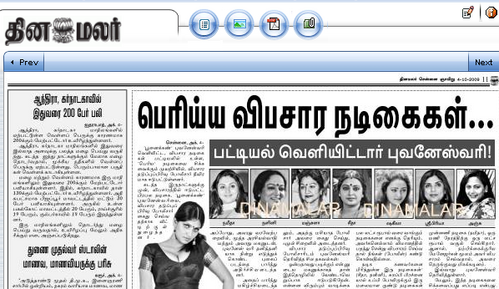 The newspaper reported reported that Bhuvaneshwari reportedly claimed she has the substatinial evidence against them to prove her confession. According to dinamalar those names are Actress Namitha, Nalini, Manjula Vijayakumar, Seetha Parthiban, B-grade starlet Shakeela, SriPriya and Anju)

Here is the report which appeared on Sunday, 0ct-04-2009 in Dinamalar (news is in Tamil – via dinamalar.com)