Chiranjeevi’s and his party Praja Rajyam has come under attack by his former time heroines, actress Roja and The Lady Superstar actress Vijayashanti. 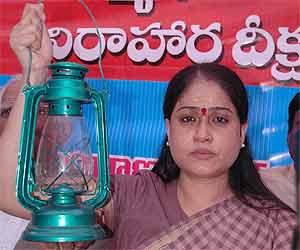 Vijayashanti is credited as The Lady Superstar and The Action Queen of Indian Cinema. At the peak of her career, she was the highest paid actor in India even more than Amitabh Bachchan, Rajnikanth and Chiranjeevi.

Chiranjeevi has not yet reacted for Vijayashanti attack.