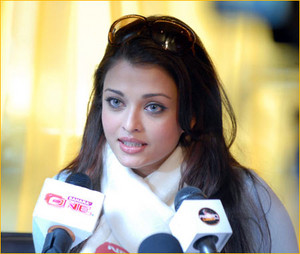 Pink Panther 2 – This is a comedy, thriller film which sequel to the 2006 worldwide hit has Aishwarya Rai playing a detective alongside Alfred Molina, while Steve Martin plays a bumbling French police detective Jacques Clouseau. Aishwarya Rai appears in the female lead as criminology expert, Sonia.

The Pink Panther is a series of comedy films featuring the bumbling French police detective Jacques Clouseau that began in 1963 with the release of the film of the same name.

Aishwarya is one of the few Indian actresses known in Hollywood.
[Image via Rediff]