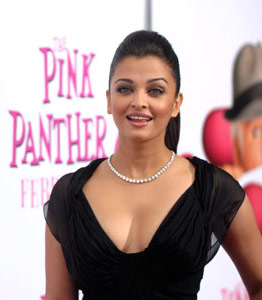 Columbia Pictures have shown out a premiere event for the sequel to “The Pink Panther” in New York. Check out Aishwarya Rai at the premiere of her first major Hollywood dream venture – The Pink Panther 2.

She attened the premiere with hubby Abhishek Bachchan and in-laws Amitabh and Jaya Bachchan.

Aishwarya Rai plays criminal expert Sonia in the film. Pink Panther 2 is a sequel to the 2006 film Pink Panther, which in turn was a remake of the Peter Sellers original film of the same name.