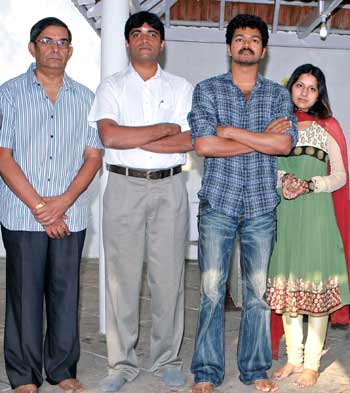 Anushka the yoga teacher turned Telugu actress is being paired for the first time with Vijay in the film.