Superstar Rajini To Do Another Quick Movie ?

If reports are to be believed then Superstar Rajinikanth could do a quickie movie like Kuselan which will be released in 2009. 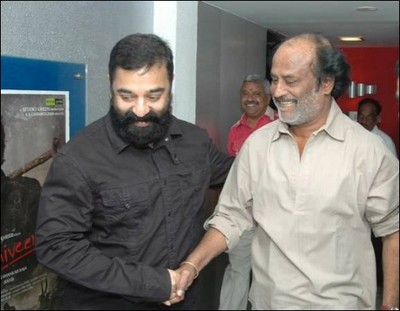 Rajinikanth’s Robot directed by Shankar will be released only in 2010. Since Soundarya’s Sultan- The Warrior is an animation film, fans may not welcome it.

Kuselan made unnecessary burden on his superstar image with distributors and theatre owners, So Rajini is considering a quickie. Rajinikanth has sorted out the Kuselan issue, Rs 7 crore will be paid as compensation for the theaters to cover the losses.

According to reports Rajini is looking for a trusted director including director Murgadoss to do the quick movie.

Being said Rajinikanth is in a dilemma, nothing official – watch extramirchi.com for more updates!!