Bending to the demands of pro-Kannada groups, South Indian superstar Rajinikanth tendered his publicly apology for the ‘Hogenakkal issue‘. Earlier pro-Kannada activists threatened to a ‘violent protests’ in Karnataka if his film Kuselan is released on Friday, asking the actor to tender an unconditional apology for “hurting the sentiments of Kannadigas” on the Hogenakkal issue.

In April …Speaking near the Chepauk cricket stadium where Tamil film stars were on hunger strike in support of the Hogenekkal drinking water project, Rajnikanth the superstar blasted Karnataka politicians over water project. 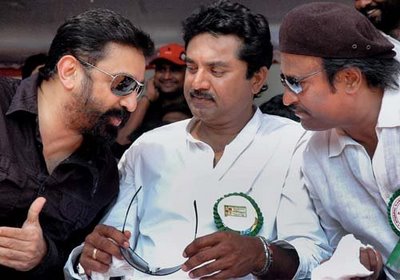 Speaking to Kannada channels, superstar apologised to the whole of Kannadadigas saying,  This incident has taught me a lesson. I shall never commit such a mistake ever again. Please allow the release of ‘Kuselan’ in Karnataka.

Pro-Kannada groups on Thursday called off plans to disrupt the release of Tamil superstar Rajinikanth’s new film Kuselan in Karnataka after the Rajini expressed regret over a remark he made on the Hogenakkal row.

Cinema theaters in Bangalore geared up to release the film on Aug 1, Today.