Lead hero’s heir becoming heroes or heroines at a later date are almost a tradition in Indian film industry.

Malayalam film industry will remember Pranav Mohanlal, who has won the Kerala State award as a child artiste for his performance in the film Punarjani. 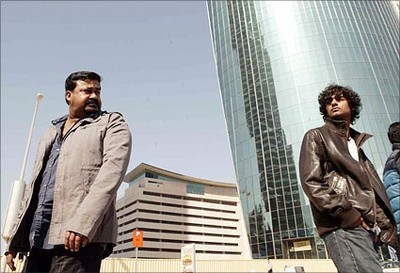 Malayalam superstar Mohanlal son Pranav Mohanlal is making his first appearance as an actor opposite his dad in the Mega movie Sagar alias Jackie- Reloaded.

Pranav , who is in 12th standard in a Ooty HEBRON Boarding School is likely to debut as a hero shortly.The scenes of the real life father and son have been shot on the streets of Dubai recently for the movie Sagar alias Jackie- Reloaded.

Mohanlal who was awarded the Padmashree by the Indian Government in 2001 has two children, Pranav Mohanlal and Vismaya Mohanlal.[ Image Courtesy – Rediff.com ]