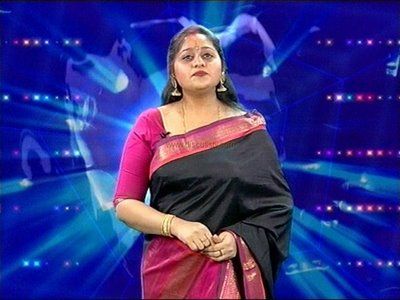 “Pepsi Ungal Choice” is one of the long runned (10 years) television show in Sun TV . Pepsi Uma is a rare television anchor who prefers to be in traditional attire in her shows.

The cool-tempered pepsi Uma had moved to Kalaignar TV, when it was launched last year. According to reports she wants to do something new , hence she has quit the channel.

Next post: Rajini to dance with 5 heroines in Kuselan