A.R. Rahman to Host The Big Band Show For Doordarshan

India’s noted music composer A. R. Rahman will host India?s biggest music based reality show The Big Band in Doordarshan. The show is produced by Phat Phish, an integrated entertainment and communications company. 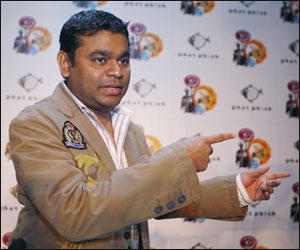 A R Rahman will traverse the journey across 15 Indian cities through his eyes. Beginning in the first week of December, the show will be aired in the prime time slot. This show will be the hunt for the biggest music band. Apart from India, it will also go to Pakistan, Nepal, Bangladesh, Malaysia, Singapore and Sri Lanka, for a three-year recording contract with Phat Phish Records.

The winner band will be awarded a 3 year recording contract with Phat Phish Records, as well as cash prize worth Rs 1 crore (Rs 10 million). This will include end-to-end artist management, three albums and six music videos, tours and concerts across the world and mentoring from leading musicians.

The last date for receipt of applications from aspiring contestants is November 15, 2008.