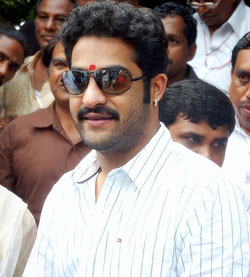 Popular Telegu actor Nandamuri Taraka Rama Rao, popularly known as Jr NTR is getting married to Lakshmi Pranati, 18. According to media sources marriage will in the month of May.

Next post: Shahrukh @ My Name is Khan tie up with Century Ply