Comedian Ganja Karuppu to get married 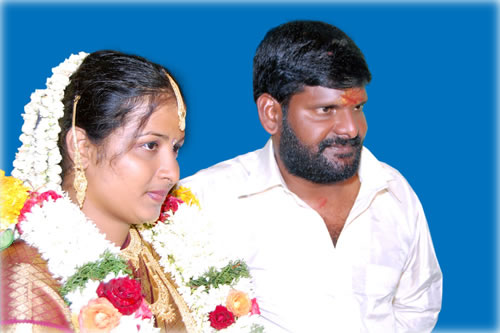 Tamil film industry’s leading comedy actor Ganja Karuppu will enter into nuptials with Sangeetha, a physiotherapist by profession. Their engagement ceremony was recently held in Sivagangai and the couple will get married on January 27, 2010.

The sources have stated that both the parents arranged the alliance. Although, the actor seems to be very much elated with the nuptial, he admits, “On the very next day of marriage, I’ll be flying down to Malaysia for the shoot of ‘Mei Kann’ and Sangeetha will be busy with her examinations. So, we’ve planned for our holiday tour nearly after a month…”

Ganja Karuppu started off his career as an assistant in director Bala’s office and later made his onscreen debut in the same director’s film ‘Pithamagan’. Later, the actor shot to fame with Ameer’s ‘Ram’ and continued performing comedy roles in various films. One of his remarkable moments was playing lead role in Chimbu Devan’s ‘Arai En 305il Kadavul’…

Next post: For the 1st time Sanjay Leela Bhansali is Changing Schedule