In spite of his hectic schedules of the political arenas, actor Vijayakanth starts off his next project ‘Virudhagiri’. The film is produced by L.K. Sudeesh and it marks the debut directorial of Captain Vijayakanth. The films’ shoot commenced today at Rekha House in Saidapet, Chennai in the presence of crewmembers. 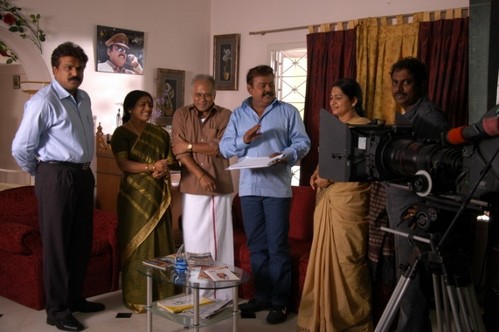 Sundar C Babu has been roped in for scoring music and S.K. Boopathy cranks the camera.

Followed by grand success of ‘Ramana’ (2003), Vijayakanth wasn’t able to deliver a single hit film. Let’s hope the actor does well churning out a hit film this time with his new role as a director.