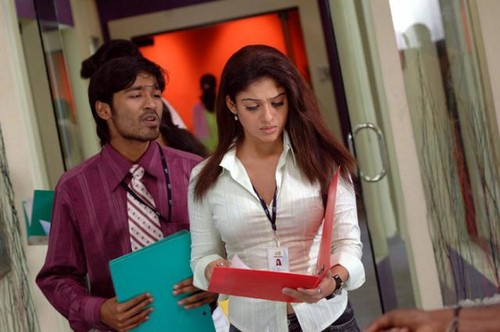 Dhanush and Nayanthara’s forthcoming movie Yaaradi Nee Mohini has sold for huge amounts in all areas. For Coimbatore area has sold up for Rs 1.55 crore, the highest ever paid for a Dhanush film in Coimbatore territory.
Nag Ravi has paid a whopping Rs 2.50 crore! for NSC area.

Buzz is that Dhanush’s Polladhavan and Nayanthara’s Billa image has made this.