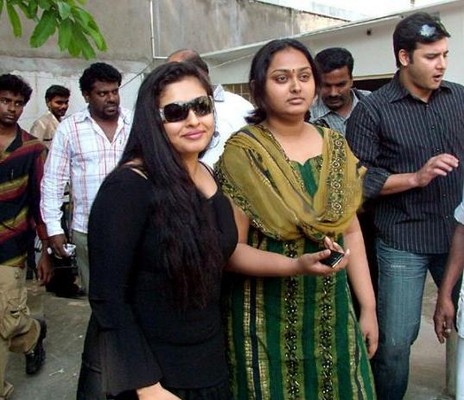 Actress Vindhya, 27 one of the most talented actress of the Kollywood Industry claimed in 2003 that, when she was shooting in Hosur, film producer Vijay Kamalraj attempted to rape her, when she was staying in Hotel Sivarajani, Hosur.

She blamed the Hosur police for not accepting her complaint and blamed the hotel management for not supporting her as they remained just spectators.

After several years now, It is believed that Kamal paid her about Rs 700,000 to settle this issue. So she approached Chennai High Court to drop the case as she want to go on compromise.

But the court did not accept this, as this case is not a remuneration matter, but a sexual assault and attempt to Rape case.

Meanwhile Actress Vindhya is all set to marry yesteryear actress Bhanupriya?s brother Gopalakrishnan, fondly known as Gopi. The wedding is to take place on February 16 in Guruvayur.