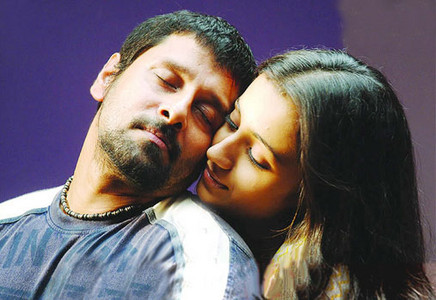 Vikram’s forthcoming bilingula movie Bheema, directed by Lingusamy is finally getting out is almost certain to be the big Pongal 2008 release!

The first half Re-Recording (RR) of the film is complete and the second half re-recording is going on and the mixing is likely to start by the first week of December.