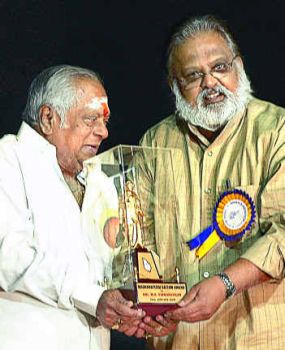 Along with the audio launch function, It was Prakash Raj idea to honour musical legends M.S Viswanathan and T.K Ramamurthy -who has composed for over 1700 films from 50’s to early 80’s.

Those present on the occasion were S.P Balasubramaniyan, P.B Sreenivas Mohanlal , Mani Ratnam, Vairamuthu, Suhasini, Karthi, Pritviraj among others.