If the reports are true then…. Rajinikanth, the one and only Superstar of Indian Box Office, will do another quickie like Kuselan before the release of his long term projects Robot and Sultan -the Warrior which would be directed again by P.Vasu.

Vasu may be the the only director, who could direct Rajini in highest number of films after ace director S.P.Muthuraman. S.P.Muthuraman had been associated with Rajini in 26 films! 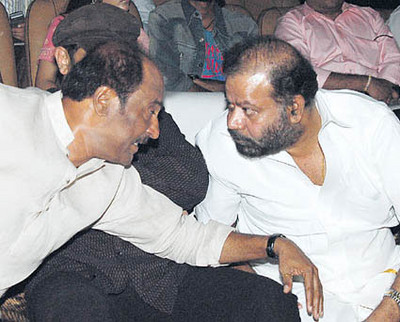 Rajini with P Vasu ( in between Kamal Hassan)