Unsuitable Tamil titles will not get tax exemption 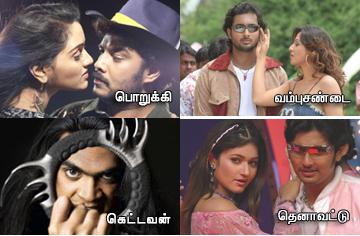 Tamilnadu government had earlier announced full exemption of entertainment tax to films which had Tamil titles to encourage the industry as well as to promote Tamil language.

At last? Tamil people are saved from those titles !!!!

yes…Tamilnadu government has made it clear that they will not give tax exemption to “Tamil films with provocative titles that do not carry the spirit of the Tamil language.“