Udhayanidhi next movie with Vishal 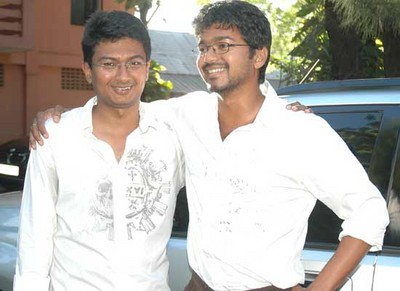 Even before the release of ‘Kuruvi‘, Udhayanidhi Stalin has decided on his next project.

According to reports Udhayanidhi Stalin (producer of Vijay’s Kuruvi) has announced his next film with Vishal, which will be directed by Tamil Vaanan (Kalavanin Kadhali and Machakkaran).

Movie is untitled and the heroine has not yet been decided.