Trisha and Dhanush pairs up ? 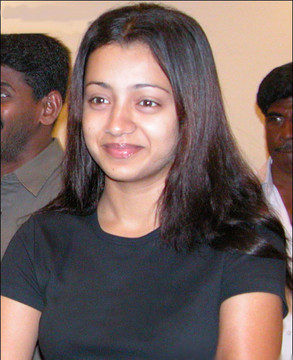 Bollywood super hit movie “Jab We Met” would be remade in Tamil, Telugu, Kannada and Malayalam by Moser Baer.
Jab We Met is a Bollywood film directed by Imtiaz Ali, the film features Shahid Kapoor and Kareena Kapoor in their fourth film together.

Buzz is that Trisha has accepted the offer to do the lead role played by Kareena in the original and Dhanush might step into the role of Shahid.

If the rumor is true, for the first time Dhanush and Trisha are coming together.