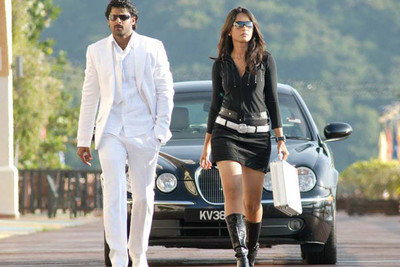 Actor Prabhas does the role of Ajith and Anushka takes on Nayanthara , while Namitha does the same role that she did in Tamil.