Aamir Khan’s directorial debut Taare Zameen Par which has already won many awards has been selected as India’s entry for the Oscar 2009. Taare Zameen Par will compete in best foreign film category at the 2009 Oscar awards. 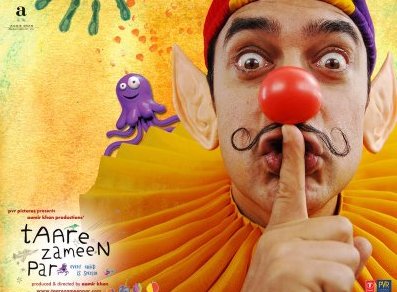 This was announced by filmmaker Suneel Darshan, the chairman of the 10-member jury set up by the Film Federation of India (FFI).

Taare Zameen Par released in 2007 and has received critical and box-office acclaim. Curently Taare Zameen Par is being remade in Tamil as Vaal Natchathiram and the Telugu version Nelameedha Taaralu.

In February Haryana Government exempted `Taare Zameen Par (TZP) from payment of entertainment tax for 12 weeks in the state.

With Taare Zameen Par Aamir’s is triping to Oscars for the second time, Aamir’s Lagaan reached final nomination list of the foreign film category in 2001 Oscars.

Our best wishes to Aamir Khan to grab Oscar award at this time.

Next post: Reality TV Shows : Children Below 16 years To Be Barred