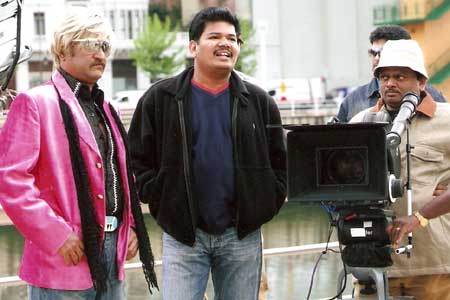 Though it is not an official confirmation from Rajini, but? the speculation is

“ Months after Sivaji – The Boss set the cash registers ringing worldwide, If top industry sources are to be believed, Shankar will work with superstar Rajnikanth in Robot, which was planned to be shot with Shah Rukh Khan in the lead and as producer.

Sources say a top production house in Mumbai will produce the film, in what could be the most expensive film ever made in India. If Sivaji was shot for a whopping Rs 80 crore (Rs 800 million), the new film is expected to cost more than Rs 100 crore (Rs 1 billion). “