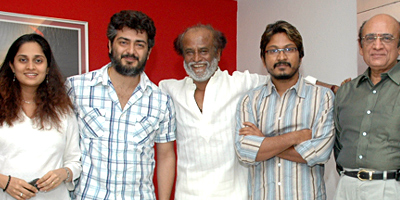 It may be recalled that Ajith had shown ‘Billa’ to Vijay and Suriya last week. All of them expressed satisfaction about the outcome.

Super star was quite impressed with the movie and he enjoyed the film.

?I had a great time watching Billa, it?s well made? said Rajini kanth.

Next post: Priyamani and Prithviraj in Sathya Exclusive Photo Gallery