Ulagam Sutrum Vaaliban was directed by MGR, who also acted as the lead in the film. Sundar C is very busy with about six projects already is keen on directing the movie and play in dual roles which was done by MGRin the original.

Sundar C is shooting for the film Perumal, which stars Namitha in lead role. Sundar C and Namitha on-screen chemistry is working well. 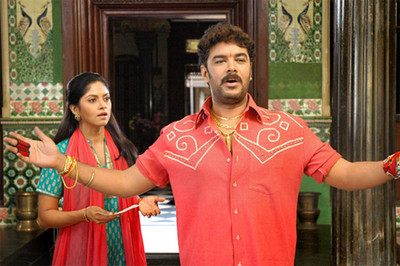 Next post: Shilpa to be part of Bachchan’s “Unforgettable Tour”